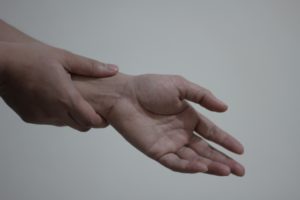 It’s well understood that your diet plays a crucial role in your arthritis pain. While the same foods that give you a trim waist and clear arteries will likely relieve your pain, a few foods stand head and shoulders above the rest.

Add these 4 pain-fighting superfoods to your diet and you’ll probably feel a difference a few minutes after your last bite.

Blueberries are overflowing with nutrients that KO arthritis pain. Yummy blueberries are especially rich in crucial compounds called antioxidants. Antioxidants are your body’s bodyguards that protect your joints from damage. If you don’t get enough of them, expect epic arthritis flare-ups to take hold.

In fact, a USDA commissioned study found that wild blueberries have more antioxidants than any other food on planet Earth! Research at the University of Prince Edward Island recently found that eating blueberries significantly reduced arthritis pain.

If you have arthritis, there’s an acronym that should be part of your vocabulary: EGCG. EGCG is the insanely beneficial compound found only in green tea that fights everything from cancer to cavities.

Used for centuries as a pain reliever in China, green tea is earning the notice of University researchers in the West. A study in the Proceedings of the National Academy of Science found that EGCG drops inflammation and relieves pain in people with severe arthritis.

If you’re like most people, your mother made you down this bitter green cruciferous veggie as a kid. If you followed to her advice into adulthood, you may not have arthritis today. Scientists at the University of East Anglia recently figured out why broccoli helps people with osteoarthritis –by far, the most common arthritis type.

They found that broccoli (and only broccoli) contains a funny sounding nutrient called sulforaphane. Sulforaphane presses the “OFF” button on enzymes that destroy vulnerable joints and cartridge.

In terms of arthritis pain, kidney beans have a lot going for them. First, it’s got almost as much antioxidants per ounce as blueberries. Also, they’re one of the few carbohydrate sources known as “slow carbs.” Slow carbs are digested and absorbed slowly –unlike white bread, potatoes, and soda. Studies show that replacing rapidly digesting carbs with slow carbs relieves arthritis pain.

Last (but not least), kidney beans are bursting with soluble fiber. Soluble fiber fights appetite and accelerates the weight loss results you get from dieting.

Eating these 4 foods may help you feel a bit better –but they’re not nearly enough to completely reverse arthritis. What is, you ask?

The Blue Heron Guide to Healing Arthritis, that’s what! It’s a simple to follow step-by-step guide to reversing arthritis naturally. For a limited time, we’ve lowered the price by 25%.